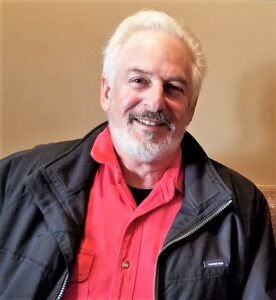 In April 2015, Lazer was selected for the state of Alabama’s highest literary award, the Harper Lee Award, for a lifetime of achievement in literature.

Lazer is currently assembling a collection of essays, interviews, and conversations with the working title What Were You Thinking: Essays 2006-2021, which includes a long essay on “grace” which appears in Religion & Literature.  Lazer’s previous books of criticism include Opposing Poetries (two volumes, 1996) and Lyric & Spirit: Selected Essays 1996-2008 (2008).

Audio and video recordings of Lazer’s poetry and an interview for Art International Radio can be found at Lazer’s PennSound website, as well as in special issues of Plume #34, Talisman #42, and spacecraft #10.  YouTube (Hank Lazer) makes available recordings and performances from 2019; Vimeo has videos of both Brush Mind works.

With co-editor Charles Bernstein, Lazer edits the Modern and Contemporary Poetics Series for the University of Alabama Press.  To date, the MCP Series has published over 50 books, including work by Marjorie Perloff, Harryette Mullen, Jerome Rothenberg, Rachel Blau DuPlessis, and Norman Fischer.

In January 2014, Lazer retired from the University of Alabama (where he continues to teach innovative seminars on Zen Buddhism and Radical Approaches to the Arts for New College and the Blount Scholars Program) after 37 years in a variety of positions, including Associate Provost for Academic Affairs, Executive Director of Creative Campus, and Professor of English.  Lazer also convenes a weekly Zen meditation group, Quiet Tide Sangha, in Tuscaloosa.